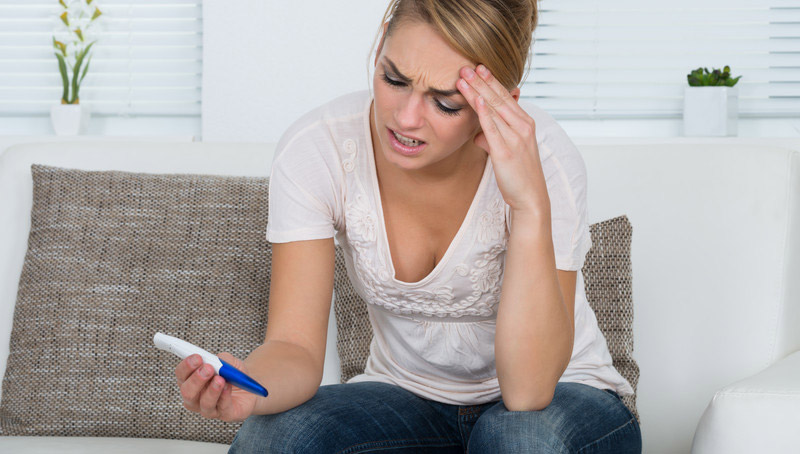 10 Possible Reasons Why Your Test May Appear Wrong

Our customer service team often faces questions about “phantom” lines and false negative results in pregnancy tests. These issues are also keenly debated on Internet forums. The questions of phantom lines and false negatives affect pregnancy tests across all brands, from the cheapest on the market to the more pricey, such as Clearblue. Contrary to what many think, false results rarely have anything to do with the quality of the test.

This article will discuss the most likely causes of what happens when pregnancy tests seem to get it wrong, i.e. possible reasons for phantom lines and false negative results.

First, however, it must be noted that most home pregnancy tests available on the market today are of very good quality and safety standards, provided that users follow the instructions. A real “false positive” test is, therefore as good as non-existent.

Rather, there are different factors that may cause the test results to be wrongly interpreted as a phantom line, or imply that the test is wrong or faulty.

Did you know that hCG:

hCG may naturally occur at very low levels in non-pregnant women or even men, but the level is less than 3 mIU ml. Anything between 0 and 5 is within the normal range and considered negative, because this level is too low to be detected on over the counter home pregnancy tests.

The most sensitive pregnancy tests available on the market for home use are sensitive down to 10 mIU/ml hCG. This means that if the urine that is tested contains at least 10 mIU/ml hCG or more and the pregnancy test has an accuracy level of more than 99%, a positive result is more than 99% likely to be correct. However, several kinds of pregnancy tests available for sale on the Internet, the pharmacy or other stores, require a higher concentration of hCG in order to give a positive result. Often the sensitivity of these tests is 25 mIU/ml hCG.

When an egg is fertilised, a period of five to 10 days may pass before the egg implants itself into the uterine wall. It is only when the fertilised egg implants that it begins to produce hCG. Studies have shown that in up to 10% of women, the embryo does not implant until much later, sometimes after the menstrual period is expected. This means that it may take a while for a pregnancy test to detect hCG and give a positive result.

If a woman is very keen on conceiving, she may tend to take a pregnancy test too early, before her hCG levels have built up. The hCG level might be just at the test threshold level. This may be why some women who carry out an early test may observe a so-called “phantom” line, which is, in reality, a very weak test line, which is often slightly diffused in colour. (Be aware that the colour of the test line may vary from manufacturer to manufacturer).

How long until you get a positive pregnancy test? This is dependent on several things:

What Impacts the Colour Intensity of the Test Line, and Does it Matter How Pale or Strong it Is?

Several factors that can affect the outcome of a pregnancy test and the intensity of the line’s colour. Remember, however, that urine tests are qualitative, only measuring the presence of hCG, and not its amount. The intensity of the line’s colour, therefore, has no meaning. A test line is a line, no matter how pale or dark it is. The line should, however, be the same thickness.

In a normal pregnancy, the hCG level rises very quickly, doubling approximately every three days in the first trimester. This makes hCG a very good indicator of pregnancy.
It is natural that the hCG level is low at the beginning of pregnancy. For the first three to four weeks, the level is typically between three and 156 mIU/ml hCG. The hCG level rises steadily throughout the first trimester and peaks at around weeks 10-13 to between 29,900 and 291,000 mIU7ml hCG. In other words, hCG levels reach their highest point in the last part of the first trimester. After 20 weeks of pregnancy, hCG production is relatively constant.
This means that if a pregnant woman takes a test at the time of her expected period, about 14 days after ovulation, over 95% of pregnancy tests will give a positive result.
With the high sensitivity of most of today’s pregnancy tests, it is not unusual for a woman to get a positive result, albeit a very weak one, before her expected menstruation.
At the beginning of a pregnancy, it is not unusual for the hCG concentration to vary between urine samples, particularly in the first two weeks of pregnancy. Tests may, therefore, show different results.

Even though most modern pregnancy tests allow you to test before your expected menstrual period, manufacturers recommend that you wait at least until the day of your period before testing, in order to get the highest possible level of accuracy. The earlier one uses the test before their period is due, the less reliable the test result is. When testing early, it is important to use morning urine, as this will have the highest concentration of hCG, if there is any to be found.
When discussing the colour intensity of a pregnancy test result, it’s wise to keep in mind that this is a subjective matter, since we all have our own way of seeing things, including when it comes to how weak or intense the test line of a pregnancy test is.
Based on my long experience in answering questions about pregnancy tests, one of the most common explanations of a so-called “phantom” line is that somebody has simply taken the test too early.

You may have calculated your cycle incorrectly, and therefore test too early. Even if you normally have a regular cycle, it’s possible to have an unexpectedly longer cycle.
Not all pregnancies go as they should, and as many as 60% of all fertilised eggs never lead to a full-term pregnancy. Some pregnancies end due to natural causes. This is known as a miscarriage, or a spontaneous abortion.

After a miscarriage, hCG levels decrease, instead of rising quickly. Because the hCG level is often low in early pregnancy, it may drop so quickly that one may experience a positive result one day and a negative result the next.

The speed at which the hCG disappears from a woman’s body after an interrupted pregnancy varies from woman to woman, and from pregnancy to pregnancy. It can happen in a day, or levels of the hormone may be lingering in the body for up to nine weeks.

You should also keep in mind that hCG disappears from the blood first, and then the urine. So, if you have seen a first positive result from an over-the-counter pregnancy test, followed by a negative blood test, it may be because there is still a small residue of hCG in the urine, while the hormone disappeared from the blood before the blood sample was taken.

2. An interrupted pregnancy or miscarriage which causes the hCG level to decrease is another possible explanation for a phantom line or inconsistent results, in which some tests say one thing, while others return different results.

IMPORTANT: Never assume that a pregnancy has ended simply because you get a negative test result. This needs to be confirmed by a doctor!

There are some additional factors that may affect the outcome or the strength of a pregnancy test, and thus lead to what appears to be a phantom line, wrong results, or a faulty test. Among these factors are:

3. Drinking a large quantity of fluid in the hours before the test may dilute the urine so much that it leads to misleading results, such as a weak test line that it is interpreted as a phantom line or no test line at all.

4. Some pregnant women produce hCG at a slower than expected rate. This may mean that the test line is weak even if the woman tests after her expected menstrual period. She may be pregnant, but the hCG level has not had time to build up.

5. Reading time: All tests have a specified time in which results are to be read, and it is only during this time that the result is valid. After the test reading time, the chemical reaction that occurs in the test may continue and may result in changes to the test line. The line may appear darker or paler or disappear completely. Reading time may vary from brand to brand, so read your operating instructions carefully! Hold the test at arm’s length when reading the result. If you cannot see a test line, throw the test into the trash and leave it there.

6. Subjectivity: It is easy to convince yourself that a test reads positive, especially if you really want to see a positive result and may have been trying to become pregnant for a long time. However, if you do not see a test line when the test is held at arm’s length and/or the test line isn’t visible when you take a picture, the result should be interpreted as negative. Wait two to three days and then try again.

Pregnancy tests have been developed to be used at the approximate time of the expected menstrual period because by then most pregnant women have produced enough hCG to be detected by the test.

Ovulation tests have been developed to be used within a few days before the expected ovulation.

However, LH (ovulation hormone) and hCG (pregnancy hormone) are very similar in their chemical structures.

Therefore if, for example, you have used an ovulation test instead of a pregnancy test when menstruation is expected (and you are actually pregnant), this may lead to a positive result in the ovulation test.

The positive result, therefore, does not indicate an upcoming ovulation, but the presence of hCG in the urine. It should be noted that very little hCG is needed in order to ‘disturb’ the ovulation test. The level may even be so low that it would not register on a pregnancy test.

8. Some medicines that contain hCG (usually fertility medicines) may also affect the result so that it shows positive, with possibly weak results. The hormones given during fertility treatment take 5-14 days to disappear from a woman’s system, depending on the size of the dose given and the woman’s metabolism. If you are unsure of the effect of your medicines, consult your doctor.

10. Some rare diseases may cause hCG production even when you’re not pregnant. Consult your doctor.

If you are unsure about your test result, it may be a good idea to wait at least two or three days, and then test again if your menstrual period has not yet begun. If you get several negative results and your menstrual period still doesn’t appear, it may be a good idea to consult a physician.
It is our hope that this article has given you a better understanding of why a pregnancy test line may be weak, and why it is sometimes interpreted as a “phantom line” or that the result is perceived as a false negative, yet it’s really about other influencing factors affecting a woman and the hormones in her body.

I, Ane Jönsson, am the writer of this article, based on my years of experience (since 2003) of customer service and product consulting in the field of ovulation and pregnancy testing.

How can you improve your sperm quality?

There are a number of approaches to improving sperm quality, and the extent to which…

How long will it take me to get pregnant?

You’ve put away the birth control and you’re now waiting for that positive pregnancy test.…